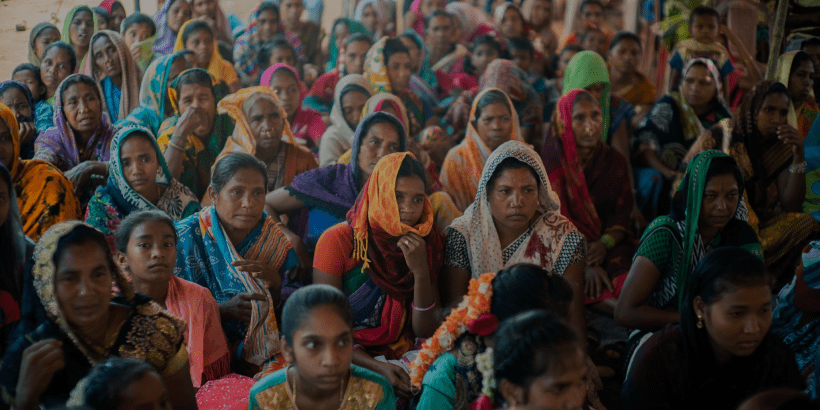 This article was originally published by the Gospel Coalition as "Why Unreached people Groups Still Matter in Missions" and republished here in compliance with their permissions.

Recently there has been talk about de-emphasizing unreached ethnolinguistic people groups, at least to the point where it no longer holds strategic primacy in missions. The assertion is that in overemphasizing unreached people groups (UPGs), the missions world has veered into dangerous territory, adopting methods more secular than biblical. Others assert that an overemphasis on UPGs takes away from national church ministry, cannibalizing its vital resources.

To that end, here are three reasons to believe the Great Commission still speaks to the unfinished task of reaching UPGs—and why this still matter in missions.

Matthew 28:19–20a records the command Jesus gave to his disciples: “Go therefore and make disciples of all nations, baptizing them in the name of the Father and of the Son and of the Holy Spirit,teaching them to observe all that I have commanded you.”

The Greek words panta ta ethne are where the translation of “all nations” comes from. While there is widespread consensus that these “nations” are not what we know today as political nation-states, some suggest they are better understood as non-Jews or Gentile people. In John Piper’s book Let The Nations Be Glad, he lists all the singular and plural uses of ethnos and panta ta ethne in the New Testament. Following this list, he concludes:

The combination of these results suggest that the meaning of panta ta ethne leans heavily in the direction of “all the nations (people groups).” It cannot be said with certainty that this phrase always carries this meaning where it is used, but it’s far more likely that it does in the view of what we have seen so far. This likelihood increases even more when we realize that the phrase panta ta ethne occurs in the Greek Old Testament nearly one hundred times and virtually never carries the meaning “Gentile individuals” but always carries the meaning “all the nations” in the sense of people groups outside of Israel. (166-67)

Identifying such people groups with absolute certainty is by no means easy, but it shouldn’t distract us from the concept of people groups as the clear metric Scripture conveys—which was understood by Jesus’s own disciples and still binds us today (Matt. 28:19–20; Luke 24:45–47; Acts 1:8; Rom. 15:21).

If we accept the primacy of UPGs in the Great Commission, then it would be reasonable if it informs our strategy. There still persists the flawed idea that the 3,193 people groups that remain today—with no gospel witness, no disciples, and, most importantly, no church—are somehow random in their disbursement. The reason the last people groups are the last people groups is due to difficulty accessing them, their national government being hostile to the gospel, and the challenge of learning their language to objective fluency.

Less than 1 percent of all Christian giving goes toward reaching unreached people groups.

To add to these challenges, UPGs are often discussed while still remaining far down the food chain of resources. Less than 1 percent of all Christian giving goes toward reaching UPGs. Less than 4 percent of all Christian workers live among UPGs. These are startling figures if UPGs are remotely the metric by which the Great Commission is being measured. And if these numbers constitute “strategic primacy,” it’s frightening to consider what further de-emphasizing would look like.

UPGs are hard to get to, difficult to live among, and it will take men and women of character and grit and good training—supported by churches with sober expectations (not measuring success by converts and churches planted)—to see churches planted among them. But it can be done! It’s being done today, slowly and methodically, but with little fanfare.

Many are now operating with a goal of finishing the task with rapid speed, based on a misunderstanding of Matthew 24:14: “And this gospel of the kingdom will be proclaimed throughout the whole world as a testimony to all nations, and then the end will come.”

This popular misunderstanding is both missiological and eschatological. It’s a missiological misunderstanding in that some are truncating the mission of the church to be merely “proclamation” to unbelievers, and not the planting and establishing of strong New Testament churches. It’s an eschatological misunderstanding in that some are arguing that by identifying these ethnolinguistic people groups and proclaiming the gospel to them, we can finish the task and usher in Christ’s return. This poorly conceived vision and strategy is undermining the long-term work of disciple-making and establishing strong New Testament churches. Such thinking has led to all manner of irresponsible methodology. We at Radius International (a missionary-training organization) have written a repudiation of such methodology and have recently held a debate on the issues and concerns.

The overemphasis on speed and pragmatism in the Church Planting Movement, Disciple-Making Movement, Insider Movement, Short-Cycle Church Planting, and their ilk is a dangerous result of bad theology, not of overemphasizing UPGs. To conflate the two is both erroneous and harmful. Long before today’s dominant methodologies (and remember, methodology is the offspring of theology) came into being, men and women like Hudson Taylor, Adoniram Judson, Amy Carmichael, Gladys Aylward, William Borden, and John Paton were making the case that the English-speaking people group had sufficient light, while others remained in complete darkness.

3. Instead of Pitting Reached and Unreached Against Each Other, We Should Recognize the Differences

An either/or proposition of “reached” versus “unreached” people groups is a forced and unhelpful choice. While there is much work to be done among the unreached of the world, there is also much to be done among the reached as well. Seminaries, Bible schools, national training, and strong national churches are of vital importance. Many saved and discipled through strong national churches are among the vanguard in evangelizing their language groups and, in some cases, have been able to reach out to the UPGs in their own geographic areas and beyond.

The same God who sent Paul to unreached Spain sent Titus and Timothy to reached Crete and Ephesus to continue to build the church there.

But let’s be clear: there is such a thing, according to Paul, as a reached people group, and it has nothing to do with the percentage of believers in it. Does working among reached people groups have less value? Let it never be said! The same God who sent Paul to unreached Spain (Rom. 15:23–24) sent Titus and Timothy to reached Crete and Ephesus to continue building the church there. Paul’s unique mandate was to lay the same foundation among the unreached nations, tribes, and languages that he’d laid from Jerusalem to Illyricum. Timothy and Titus were given a different mandate, not a less important one.

But in the “everything is missions” culture of our time, speaking with specificity about what constitutes a reached and unreached people group is difficult. Signs in our churches tell us as we exit, “You are now entering the mission field,” and teachers inform us, “We are all missionaries.” Such slogans are well intentioned, but I’m not convinced they’re always helpful.

When we diminish the differences between unreached and reached, we diminish any strategic impetus for those people groups who remain with no gospel, no disciples, and no church.

Say we do accept the notion that every Christian is a missionary. What does this mean for your city in the United States? It means you likely have hundreds or thousands of Christian missionaries in your city already. The Kerarish, Pashayi, and Amto people groups have no Christian missionaries. So where should we strategically place our energy and resources? When we diminish the differences between unreached and reached, we diminish any strategic impetus for those people groups who remain with no gospel, no disciples, and no church.

Paul shouldn’t be rebuked for giving strategic primacy to places where the gospel had never been (Rom. 15:20). His missionary mandate was to keep moving when there “was no longer any room for work in these regions.” According to the pioneer missionary, then, there was such a thing as a reached location, and it was the charge of others to work there. Titus and Timothy were vital in building up the churches and were to be esteemed and encouraged. The differences in roles were clear and complementary, but there were differences.

Reaching UPGs remains a vital missionary metric for the Great Commission, no matter the complexity involved. May our churches continue to be vigilant in reaching lost sheep who’ve never heard of the Good Shepherd.