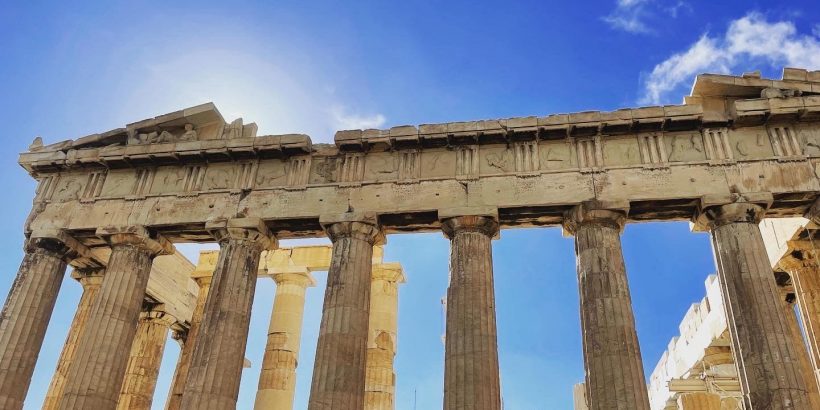 Don’t miss this opportunity to walk in Paul’s footsteps! You will hear and understand the Bible in new ways on this amazing trip. We will introduce you to missionaries and ministries hearing what God has done in the past and what He’s doing today. In addition to going on prayer walks, you will hear amazing stories of God’s redeeming work in Greece.

Along with running or supporting our courageous marathoners, we will be walking in the steps of the Apostle Paul.

The stories of Apostle Paul will come to life as we follow in his footsteps through Athens enjoying the Parthenon temple on the famed Acropolis in Athens.

You will ascend Mars Hill for a beautiful view of Athens and the ancient Agora, This is the place they believe Paul may have preached in Acts 17. Walk the same paths that Socrates, Plato, and Aristotle did centuries earlier. View the world’s oldest dramatic venue, the Theatre of Dionysus, and learn about the way scripture uses imagery from ancient dramas. Stop by the Panhellenic Stadium where the modern Olympic Games began. Take in the natural beauty of the National Gardens and Greek Parliament building, leaving time for souvenir shopping at the Plaka.

We will also drive along the Saronic Gulf and cross the Isthmus of Corinth which connects the Saronic with the Corinthian bay.

You will enjoy Ancient Corinth where Paul took up tentmaking in this city with fellow workers Aquila and Priscilla, likely preparing temporary housing for visitors to the Isthmian games. Paul’s interaction with the Corinthian believers was extensive, including four letters (two of which are in the New Testament) and three visits. Stand at the bema seat where Paul went on trial before Gallio (Acts 18). See the Temple of Apollo where meat sacrificed to idols was sold (1 Corinthians 8).

We will also visit Delphi!

This famed city is the location of the Gallio Inscription, 9 fragments which enable scholars to date the events in the book of Acts. Delphi was also the home of the Pythian oracle, a prophetic phenomenon that deeply influenced the practices in the nearby Corinthian church (1 Corinthians 13-14). Climb to the top of the city’s ancient footprint and you’ll find one of the best-preserved stadiums of ancient Greece, illustrating the imagery used in Hebrews 12.