They know at this Indian seminary that if they prayerfully train their students in sound doctrine and how to fulfill the Great Commission, the graduates will be equipped to go out and make disciples and an impact globally. By God's grace, this is what is happening. Here are the stories of several of their students and how they are worshipping the Lord through their personal lives and ministries:

A Missionary to the Unreached People in India

Dhanu came to Beacon because of its adherence to biblical teaching with an emphasis on practical ministry. Dhanu testifies that he was impacted greatly at Beacon with sound biblical training that developed him academically, spiritually, and ministerially. In his words,

I understood not only the need of learning the truth, but to defend and dispense the truth.

Dhanu says he was motivated to be a missionary to the unreached people in India at Beacon. And he is a missionary. He has not faced any persecution yet, but is willing to face any difficulty through God's help as he believes he is held in His mighty hands (John 10:28–29)

The Power of Prayer in Reaching the Unsaved

Hani, who was raised with a different religious background, came to Beacon because he wanted to be discipled. He said,

Through the mentorship of the president and the faculty members, not only did I learn the Word of God, but the power of prayer in reaching the unsaved.

Hani has a few more courses to complete before graduating, but in the meantime, he serves the Lord as an evangelist and a church planter. He does face some opposition from people, but he is pressing on with the help of our Lord.

The Intimate Setting of the Classroom

Aarthi traveled to Beacon from Myanmar because of the intimate setting of the classroom, the extra time the professors devote to discussion, and because she wanted to learn the Word of God. She says that what she learned in the classroom has prepared her to teach others. She is presently involved in children's and women's ministries and teaching in a Bible College.

Pray that Aarthi and the others will stay fast in their walk with the Lord and that many others will come to know Christ personally through their ministries.

Learn more about at
https://liveglobal.org/beacon-baptist/ 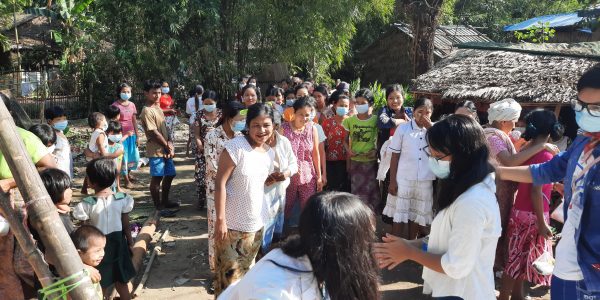 The Gift of Jesus

While Biak and others passed out the physical gift of food, two others were able to present a short message about the spiritual gift of Jesus. 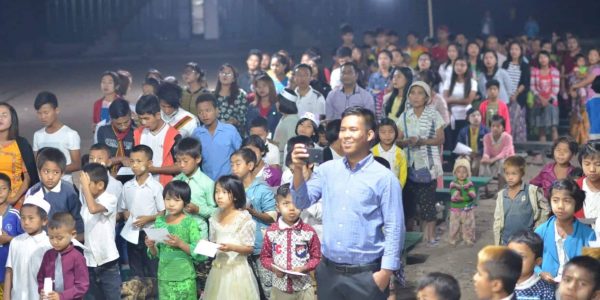 My prayer is that the church would be able to get enough funds to deposit a down payment for the land before this coming monsoon season.